How Businesses Can Be More LGBTQ+ Inclusive 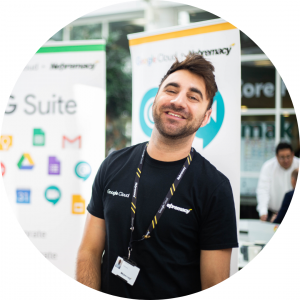 Christos has previously worked as a Sexual and Gender Identity Trainer at Barnado’s, helping staff to become more inclusive of LGBTQ+ staff, students and their families. To celebrate Pride Month 2021, he’s put together some key things to understand about Pride and how we can all take steps to show our support for the LGBTQ+ community.

Pride events are known around the world to be colourful, loud, fun and quite frankly a good day out! However, it is important to remember that Pride was not always about dancing and singing whilst wearing a rainbow top. Pride started as a riot in New York City in 1969. In the 1960s, homosexuality was still illegal in most of the United States of America and many LGBTQ+ people were arrested or brutally beaten when police officers would carry out raids in known gay bars. On 28th June 1969, however, outside the famous gay bar, the Stonewall Inn, in Greenwich Village, New York, for the first time, people said enough is enough and fought back against a police raid.

In the early hours of the 28th of June, the gay community of the Greenwich neighbourhood started a riot that lasted for five days and led to the creation of the gay liberation movement, which eventually helped to form laws to protect LGBTQ+ people. Stormé DeLarverie, a self-proclaimed ‘butch lesbian’ is known as the person who started the riots by resisting an arrest. Marsha P. Johnson was also one of the first people to throw rocks at the police officers during the riots. Marsha, a queer black person, unfortunately, had to identify as a drag queen even though she was a trans woman due to the stigma around trans people at the time. She was an activist, fighting for the rights of the community and today she is classed as a pioneer who helped the uprising of the gay liberation movement.

The following year, on June 28th, people returned to the place where the riots took place and proudly marched down the streets of New York. This was considered the first Gay Pride Parade. Today, June is considered Pride month to honour the Stonewall riots of 1969 with people celebrating the progress made for LGBTQ+ people around the world. It reminds the world that the fight is not over until everyone feels safe to express themselves freely. Pride events and parades are held annually all around the world with some of them such as NYC Pride and London Pride lasting a whole weekend.

Pride and Businesses in the 21st Century

Over the years, we have seen a lot of corporations getting involved with Pride, showing their support for the LGBTQ+ community. In the last decade or so, companies have celebrated Pride in numerous ways. By releasing special edition Pride collections with some of the profits going to LGBTQ+ organisations, getting involved with Pride events and making sure that they celebrate their LGBTQ+ staff. However, it is important that companies ensure that LGBTQ+ staff feel safe and valued all the time and not only during Pride month.

Here are some of the ways companies can help:

Encourage the use of preferred pronouns. In the last few years, we have seen local authorities and private companies beginning to add preferred pronouns to ID badges as well as staff email signatures. This is a big step towards making everyone feel included.

Pronouns, for many people, are assumed based on stereotypes such as someone’s name, the clothes they wear and the way they present themselves. However, for people who might be going through transition or those who do not identify with the pronouns they were assigned at birth, using the wrong pronouns can be a triggering point and very painful for them. Many people do not identify as male or female and they prefer gender-neutral pronouns such as they/them. Allowing people to use their preferred pronouns will help not only to raise awareness but making society more inclusive and accepting of non-binary and gender-fluid folk. Only in the last few weeks have we seen social media companies such as LinkedIn adding pronouns on people’s profiles. Although not mandatory, having the option to add your preferred pronouns on a social media platform like LinkedIn is a great step towards becoming a more inclusive society. Companies wanting to make their LGBTQ+ colleagues feel more welcome could definitely encourage the use of this on LinkedIn, in email signatures etc.

Take a clear, positive stance on equality and diversity. In addition to encouraging the use of pronouns, many organisations are taking a clearer stance on Equality and Diversity. Examples include using new application forms which allow candidates or existing members of staff more sexual and gender identity terms, so people can freely express the one they identify with. Giving people the chance to openly state their sexual and gender identity will lead to this becoming the norm where people can freely express themselves without fearing that they will be ridiculed or worrying about how to bring the topic up.

Across the globe, it is slowly becoming more acceptable to identify as LGBTQ+. However, there is still a long way to go to ensure that everyone feels safe and comfortable to just be themselves. Until then, it is important to remember that although Pride events are more colourful and peaceful in recent years, Pride started as a riot for a reason and we should try to support our LGBTQ+ colleagues however we can.