Netpremacy helps Iglu to move to the Cloud

Iglu’s previous infrastructure was out of date and unreliable… 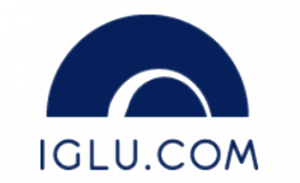 Iglu’s interest in Google Workspace initially came about because the existing hardware infrastructure was running out of space and becoming increasingly more unreliable, doing nothing was not an option! There was also the recognition that modern cloud-based productivity tools offered collaborative and flexible working practices which the business was looking to implement. As a result, Iglu’s IT Director, Scott Millett, had introduced Google Workspace to the other business Directors to evaluate and promote new ways of working.

Alongside this, Iglu’s Microsoft licensing was becoming a challenge and business acquisitions had made it more complicated to manage with multiple domains and software versions in use across the business. Iglu had initially considered Office 365 but found it to be overly complicated and didn’t deliver the digital transformation they were looking for. As a result, Iglu approached Google about moving over to Google Workspace Enterprise.

Following initial discussions with Google, Iglu’s project team was introduced to Netpremacy based on Netpremacy’s extensive experience in the retail sector. Iglu visited Google’s London offices for a deep dive workshop with the Netpremacy team on what it would really mean for their business to adopt these exciting tools!

“The day at Google really secured the deal. It allowed us to understand the product in the detail we needed to know and how we could apply it to our own business.” – Mark Ferris, Head of Infrastructure, Iglu

Another major factor for Iglu was the potential cost savings available from a move to the cloud. The price of Google Workspace licensing was significantly more attractive than the competition but adopting new ways of working will also save the business more money in the long term by introducing flexible working practices. By moving over to Google Workspace Enterprise, the company has already achieved savings of over £1 Million.  Avoiding essential hardware upgrades, reducing it’s Microsoft license fees, combined with the removal of unnecessary third party software like Mimecast, has all contributed to the overall savings.

“I do believe it was the right thing for the company, there are so many things that are just really cool and it is a different way of working.” – Mark Ferris, Head of Infrastructure, Iglu

“Netpremacy’s dedicated Change Management team were fabulous and delivered the training and communications with so much enthusiasm. The change piece really made the project, it was a lot of fun and there was so much energy.” – Mark Ferris, Head of Infrastructure, Iglu

During the project, Iglu opted for Netpremacy’s change management and training services to help the adoption of the new system and to make the whole project different from anything else the business had done before.

“I believe that this journey, this first step enables us to start thinking about doing things in a different way.” – Mark Ferris, Head of Infrastructure, Iglu

Netpremacy provided the basis for the internal communications to ensure the teams were aware of the upcoming changes, what to expect, and how to use the tools. On top of this, training sessions were provided onsite to ensure that everyone at Iglu was correctly trained on how to use Google Workspace. The project consisted of Core IT and Google Guides Phases, followed by a big bang Go Live. 300 users were trained, consisting of 36 Gmail and Drive training sessions were delivered across the entire company, with two of Iglu’s internal trainers passing the Train the Trainer programme. The company’s Go Live day was supported by Google Swag in both offices and went remarkably smoothly across the two offices and remote workers.

“There is an efficiency that comes with the Chromebooks, they are so quick. The delay that you see on Microsoft devices compared to Chromebooks is phenomenal.” – Mark Ferris, Head of Infrastructure, Iglu

The business has recently started a Chromebook trial in both offices and looking to the future, Iglu’s aim is to be fully Chromebook deployed in the next 3 years alongside fully cloud-based infrastructure and telephony. Google Meet is also going to be installed in the company’s meeting rooms to further underpin the new virtual meeting culture. Netpremacy will be working with Iglu to continue the success of the project and deliver more innovation with Google Workspace.

If you would like to learn how our teams can help you to work collaboratively with Google Workspace and Google Chrome, please contact us here.